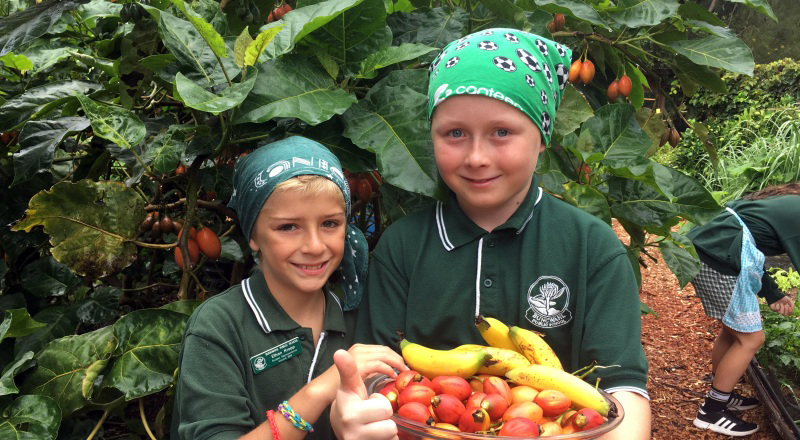 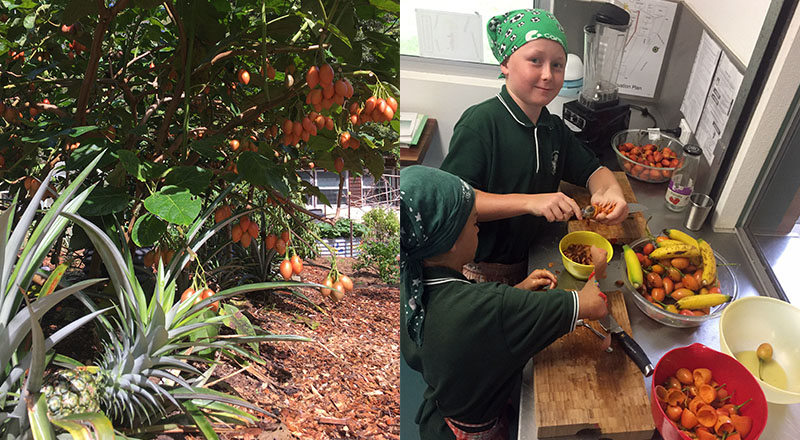 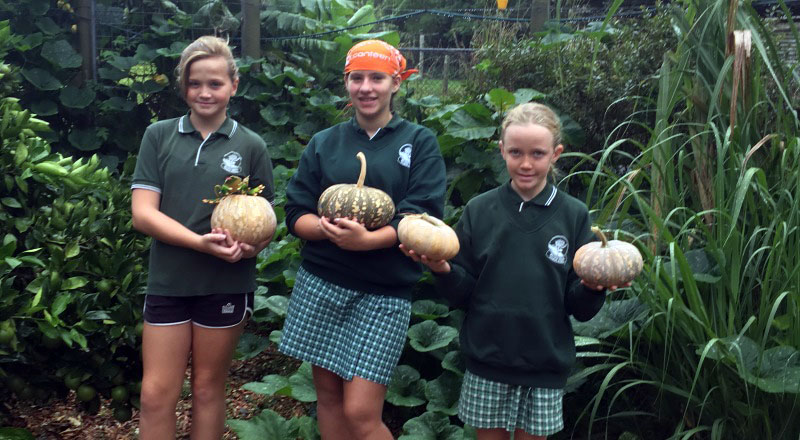 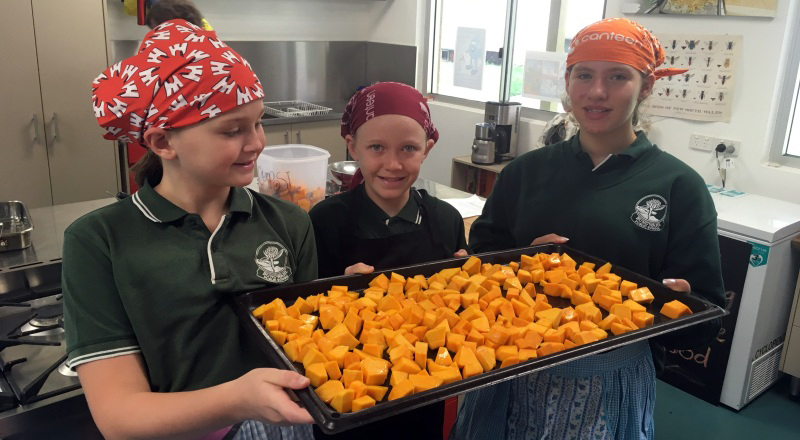 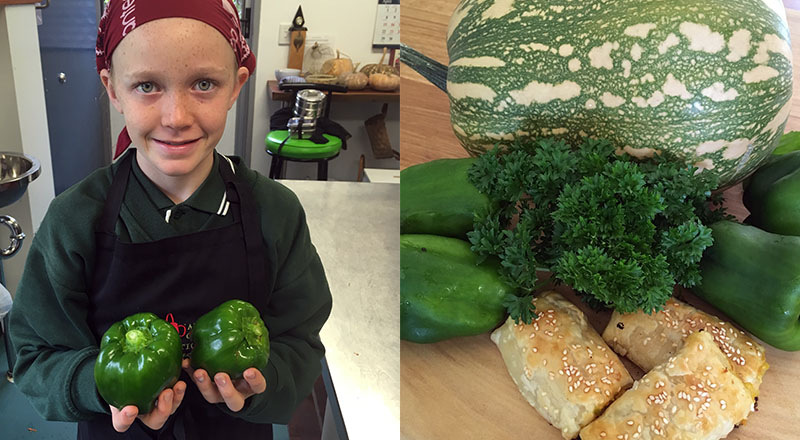 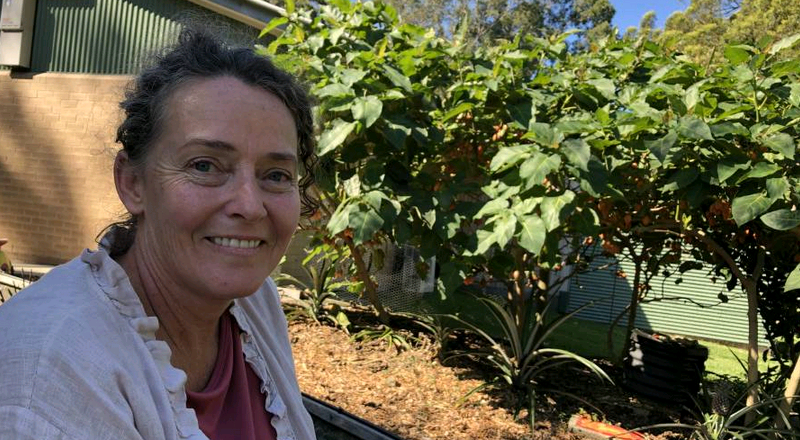 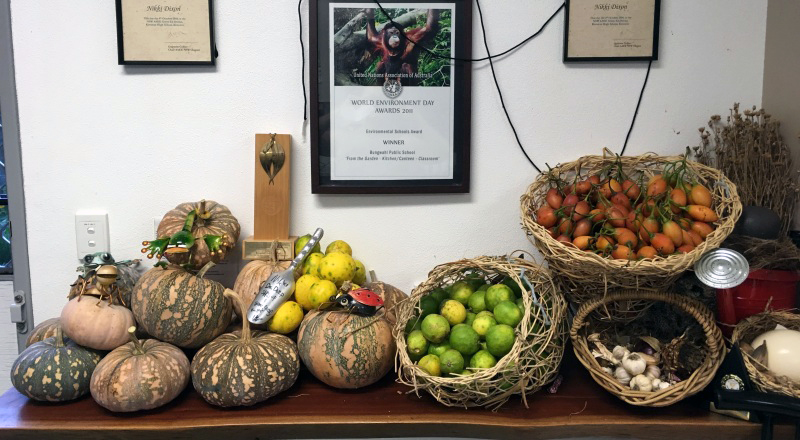 This story originally appeared in the Great Lakes Advocate, with the headline The school canteen has replaced processed food with simple, handmade real food. It was written by Jeanene Duncan.

It’s not hard to see why Bungwahl Public School has one of the most celebrated and acknowledged school kitchen gardens on the Mid North Coast of New South Wales.

The veggie patch, on the grounds of the small coastal country school, is carefully tended by students with assistance from kitchen garden specialist, Nikki Dixon.

Nikki began work at the school canteen back in 2007 as a volunteer parent, years before the government initiative to provide good food.

“When I came to the school I was appalled with what was being served as food,” Nikki said.

It didn’t take the mother of three long to revamp the canteen, replacing processed food with healthy alternatives, much from the school’s kitchen garden.

“I felt the canteen was teaching the kids to eat unhealthy, processed foods that impacted heavily on the environment.

“We send our kids to school to be educated and the canteen could and should be another aspect of education.”

Heavily packaged and processed food, such as pies, sausage rolls, and ice blocks were removed from the menu and replaced with a simple, handmade real food.

“I engaged the children in using produce from the garden to create healthy meals for their canteen which they themselves cook, taste test and decide if it’s to go on the menu.”

Back in those days the veggie plot of six garden beds resembled a grave site, Nikki said.

The patch has since been converted from a series of overgrown plots into two productive and healthy gardens.

The garden was designed by stage two and three students in 2011 with help from local elders, community and parent volunteers.

“This garden is now an integral aspect of our program.”

The permaculture garden was built by the community and designed by Nikki through funding from a $65,000 grant.

“It offers a holistic approach to learning; a natural production that educates the whole child, through identity, ‘real food’ and the diversity of the natural environment.

“Everything I teach comes from an environmental perspective.”

“I like to put ‘education for sustainability’ as a priority at the forefront of education.”

Nikki believed this method of teaching offered many benefits to students.

“They are really engaged and interested in learning, they get to investigate and make decisions and see themselves as valued members of a group contributing to whatever the program focus is at that time.”

“Students identified that native bees are a beneficial insect that also produce resources that can be utilised to reduce waste.

“Our native bee project aims to highlight the impact that single use plastics was having on our marine environment.

“The students collected lunchbox waste for the day to explore how they were contributing to the problem and then investigated ways that they could be a part of a solution.

“They decided to make beeswax wraps; an alternative to single use plastics.”