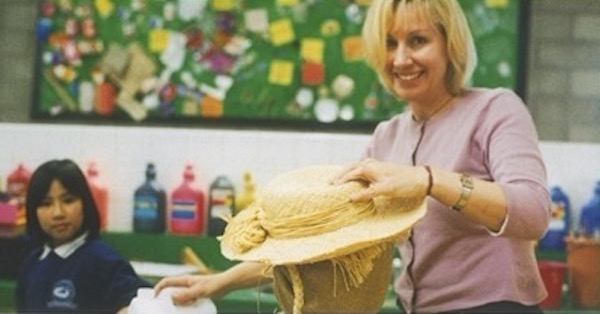 As the Stephanie Alexander Kitchen Garden Program celebrates its 20th anniversary, we are delighted to speak with Mary-Ann De Carlo who was there when it all began.

Mary-Ann is retiring from 30 years teaching at Collingwood College this year, and has seen the Program grow from its infancy, when a series of fortunate conversations led Stephanie Alexander AO to meet Frances Laurino, principal of Collingwood College, who embraced the idea of piloting the Kitchen Garden Program. She was part of the original working committee aiming to give students a pleasurable food education through the joy of hands-on experience growing, harvesting, preparing and sharing delicious food.

When the new garden project was introduced to the students, Mary-Ann remembers the kids “just loved being outdoors. It's such a kinesthetic activity, and very different to classroom learning in the traditional sense.” For many students, “it was their favourite thing at school.”

The Program grew alongside the children, who participated from grade two to grade six. Just as the educators and children shaped the garden beds and planted the seedlings, so the program developed and unfurled. It became a forum for exciting new experiences. “Trying out new foods was normalised, it was just expected, and it was the same in the garden. The compost would stink and the kids might turn up their noses at first, but it was just expected that everyone had a turn.” 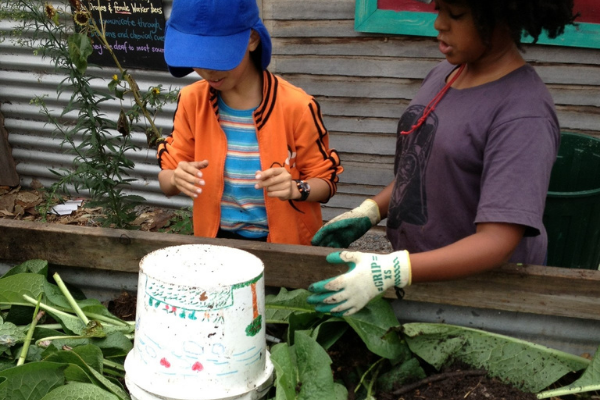 Kids getting their hands in the dirt at Collingwood College

Attitudinal changes extended beyond the classroom where educators observed kids adding lettuce and tomato to their burgers on school camp – which was a first! In fact, students started developing a whole new vocabulary of fruits and vegetables, and learned different words for describing flavours and textures. Mary-Ann recalls thinking, “this is really enriching for their lives.”

And just as the trellis supported the climbing beans, the children and educators in the Kitchen Garden Program were supported by volunteers, and the benefits were reaped by all. “They would form these beautiful relationships and I think it is really lovely that the students can have a relationship with an adult who isn't a teacher, and it's almost like a grandparent relationship, a mentor or family friend. Some students who may have had issues in the classroom with their peers formed these lovely relationships with the volunteers. It was very special.”

As the program picked up pace, the students learned to race. They ditched their training wheels and earned their wheelbarrow licences, graduating from L-plates to P-plates. Snail races were less fun for the poor participants who were fed to the chooks at the finish line! 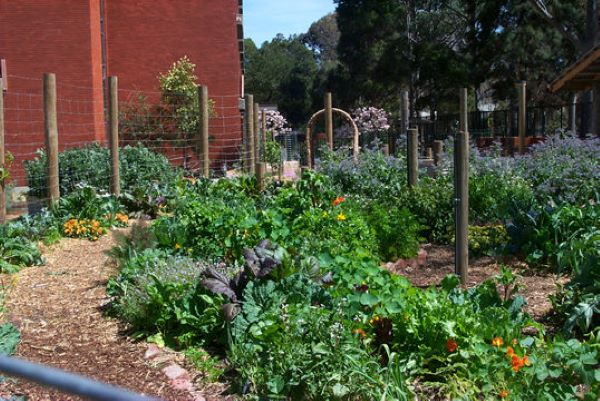 The garden at Collingwood College

Learning important life skills on mastering equipment under the supervision of educators and volunteers “means that they're not scared of using those implements, so if they are cooking at home, they know what to do. Entrusting them with something that's seen as dangerous makes them feel confident.” She noticed that the Program was “somewhere (the kids) felt really successful and comfortable, and good about themselves.” Parents started reporting greater involvement with cooking at home. On reflection, Mary-Ann notes that being involved in the Program “probably had a bit of a ripple effect. I guess it's not just the kids involved in the program, it's also the teachers and their families.”

Mary-Ann believes the Kitchen Garden Program teaches kids more than just cooking and gardening. “The kids learn a wide range of skills and knowledge and there are great links to other curriculum areas such as science, art, literacy and numeracy. I think the students also had a heightened awareness of nature because they were involved with growing things”.

While Mary-Ann saw the positive impact the first-ever Kitchen Garden Program had on the development of the kids at Collingwood College, she believes the power of pleasurable food education doesn’t stop when we graduate from the classroom. “I think food education is something that is fundamental to our lives. Food has such a big influence on our health, how we feel, how we think, and our energy levels. And it's just so connected to our wellbeing. Even for mental health in terms of coming together and sharing, and if children have those skills it makes for a happier life.”

“I look at it now and I think, why wasn't it a core part of the curriculum? Everyone has to eat. Learning how to throw together a healthy meal is really important and if you can form those neural pathways early in life, I think it's fantastic. I think it's a gift really, and it shouldn't be a gift, it should be a given. It should be something that everyone learns”.

In October 2021 the Kitchen Garden Program celebrated 20 years. It also marked the inaugural Kitchen Garden Week, an annual celebration of the Program and its people.